Distance of Various Cities from Thane

Thane, the city close to the filmy city Mumbai, in India is one of the pretty visited city due to its popularity as the 'Lake City'. Being the tourist destination, it is well connected to many major cities within India and even international destinations via air, rail and by road.Below are summarized some notable and well calculated distances from Thane to other cities. 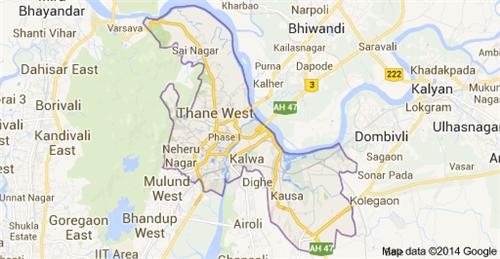 Distance between Thane and Delhi

When traveling to Thane from Delhi, by road, the distance is 1378 km and it takes 19H 10M approximately to reach the premises.Though the distance is a lot, many groups also travel by road for a road trip thus stopping to many locations in between. Cabs and Volvo buses are also available for Thane.

Jet Airways, Air India, Spice Jet, Indigo and Kingfisher operates daily flights from Delhi to Mumbai which is the only closest airport from Thane.

Trains from Delhi to Mumbai are also available from where a cab can always be hired to Thane which is 30 mins away from Mumbai.

Distance between Thane and Mumbai

The distance from Thane to Mumbai is 34 km which takes 1 hour by road. One can always travel by roadways or private cabs, but local buses are also regular from Mumbai.

Local Train is also accessible from Mumbai which is on the Western Railway while Thane is on the Central Railway. one can change the station here and reach Thane which is  stations away.

Distance between Thane and Alibaugh

The total distance to be traveled between 2 cities in 65 km . Local buses from Thane, Borivli, Mumbai always ply to Alibaugh due to a lot of travelers.

One can also reach the closest Railway station which is Panvel railway Station. A boat ride from gateway of India is also a interesting and refreshing experience.

Distance between Thane and Pune

The distance between these two cities is 145 km. Thane is well connected to Pune by train, road and flight. Distance by train between the 2 cities is 3 hours15 minutes.

Time by road is 2 hours and Pune Mumbai express highway is the road route between the 2 cities.

Distance between Thane and Nashik

Road distance or driving distance between the two cities is 149 km which takes approximately 2hours 16 minutes. There are approximately 60 trains between the 2 cities and can easily be accessed. It takes a time of 2hrs 30mins to reach the either city.

Distance between Thane and Shirdi

Shirdi is a very popular religious destination and to reach there, it is very well connected to major places. To reach from Shirdi to Thane or vice versa, a total distance of 227km is to be traveled. Buses and cabs are always available and it takes approximately 3-4 hours to cover the distance.

2 direct trains from thane are available while there are 4 others which cross through thane.

Distance between Thane and Vashi

The total distance between the 2 cities is 22 km and it takes 30minutes to 1 hour to reach. By road, cab, buses and private cars can easily cross through.

Trains between these 2 junctions are also available at Panvel wherein 21 trains ply daily.