Historical Monuments and Forts in Thane

Thane, a well known city known for its lakes also has a lot to offer when it comes to historical monuments and forts. We will take you to a special tour to touch these places with detailed information.

Located in Vasai village of Thane District, this fort is visited by a number of people for its architecture and marvel features. As per history, this fort belonged to the Arab Sultanate of Cambay and was under the control of the Portuguese in the early 1400's. It was initially known as the 'The fort of St. Sebastian of Vasai' and became the headquarters of the Portuguese Captain. With time, it was once owned by the Maratha clans and later ceded to the Britishers.

Today even the ruins inside the Bassein fort, it still reminds of the age old era but the watch towers and chapels are still intact along with the fortification which overlooks the creek of Vasai.

One of the other historic fort in Thane is the Diamond or Hirakot fort. This fort was earlier used as the town jail. Later it was used as a emigration depot by the Mauritius government. Today the fort houses the offices of Police Inspector and the Prant officer.

Located in Ghodbunder village, Thane, Ghodbunder Fort is known for its age old heritage. It was built back in 1730 by the Portuguese and was  earlier known as Cacabe De Tanna. In 1737, the Marathas took over the fort from the Portuguese. It was later captured by Britishers and used as a headquarter for district administration. Currently due to the ruins, the fort is under government for preservation and renovation purposes. 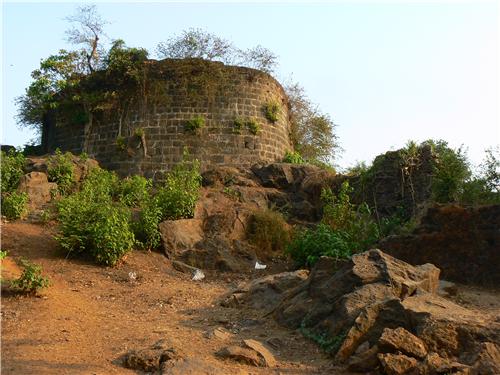 Thane houses a lot of other forts which are renowned and have become tourist attractions for visitors. Some of the other forts are:- 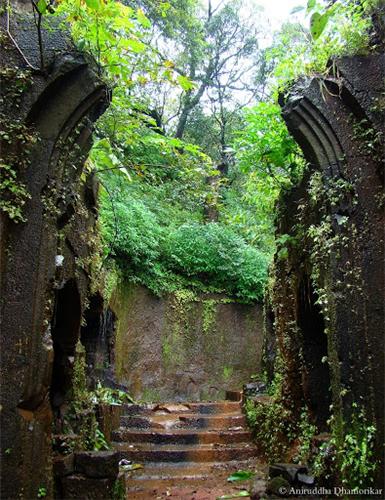 There is a tank located at the west side of the road from Umrale village to Bolinj which is situated 20 kms from Bassein Fort. It is a small water tank with steps and architectural blocks on the southern end. This place was in news when villagers discovered a Vishnu sculpture nearly 20 decades ago.

Located in Khunwada locality of Thana district, this place dates back to 7th and 8th century with a cave site comprising of a basalt stone top with 6 caves and water cistern. The caves are faced eastwards and have a steep westward phase. This monument is situated approximately 20kms from Dahanu and is carved on Barad Hill. This place was famous as a geological landmark for sailors who used it to predict weather conditions before sailing.

This mound is located 5km from Nirmal and was originally cut off from the main creek, this mound is 65 yards with a steep 17 feet on one side. As per an archeological visit, relics also found stone coffers, gold caskets, gold figures etc. which currently are under the possession of Asiatic Society of Mumbai.

Located at the foot of Nana Ghat pass on Hill slopes, this place is a well known spot for those seeking for meditation and also for traders who pass the trade route. The Brahminical caves don't have a lot of excavations except in one of the caves wherein there is a massive hall with a central shrine and and side cells.

Other monuments that can be located in Thane and around are mainly temples like Ambarnath Temple and ancient mound at Gas.