Thane is a city in Maharashtra, India, at the head of the Thane Creek. Thane also known as 'the city of lakes' is the administrative headquarters of Thane district. On 16 April 1854, the G.I.P. Railway’s first train ever to run in India rolled out from "Boree Bunder" (now the Chhatrapati Shivaji Terminus) to "Thane" (previously pronounced and written as "Thana"), 34 kilometers away. This marked the dawn of the Railway Age in Asia. Thane covers an area of 147 km and has a population of more than 1.8 million within its municipal limits, according to the 2011 census. Thane comes under Mumbai Metropolitan Region and also the proximity with Mumbai has made it culturally a part of it. 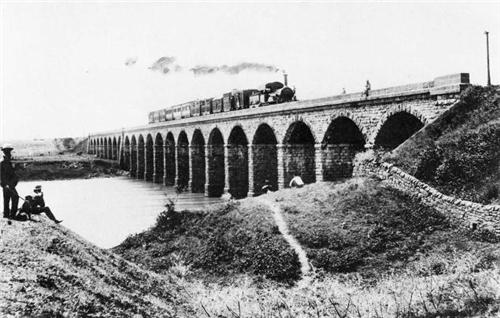 Thane has come out as a developed city with features from Mumbai. The history of thane can be divided into four phases which are detailed in the following content. The earliest mention of Thane was seen in the works of the Greek philosopher,Ptolemy who referred a place Chersonesus, which happens to be a place around Thane Creek. Marco Polo, another Venetian traveler who described the city as a great kingdom due to the well developed ports, continuous traffic of ships and trading of many items by merchants.

Thane was previously known as 'Shreesthanak'. Thane coast had relations with Europe, Greece, Babylon and Persia. Certain carvings like the Ashokas edicts (225 BC) and at Kanheri Caves shows that King Rudraman ruled North Konkan i.e. Thane and Colaba during the second century AD. This area was ruled by Mushervan (531-578) and by Silharas for the next 400 years. The successive rulers are summarized below;

During this phase, Turk rulers had destroyed many temples and built mosques in place of them. North Konkan was majored under the Mughul era under the rule of Mohammad Tughlaq.

Vasai, a part of thane remained in the possession of Portuguese for approximately 200 years dating from 1535 to 1739. Thane coast was famous for its ship building and hence timber was sent from Vasai to Mecca to build a fleet thus encouraging the voyages to Europe. The ships built during this period boosted the Thane coast and the port business thus adding to the economy.

The Portuguese power was then passed on to the Marathas after a long siege by Chimaji Appa, the brother of Peshwa Baji Rao. Then from 1739 to 1802, Vasai remained under Marathas reign. In 1802, a treaty was signed  known as Treaty of Vasai which declared Vasai as a part of British possession and it was then later incorporated into Bombay Presidency.

The Portuguese forces at sea defeated the great Maratha warrior in 1670's thus taking the forces at sea. Later, Shivaji defeated them took several part and forts under his reign. The kingdom of Bijapur and Golconda were also taken under their reign and hence the purpose of increasing the kingdom and Swarajya expanded.

Under Thane district was Vengaon, near Kajrat where Nana Saheb was born. Thane had no role in the mutinies that happened in the 1857. It was under the British rule, that the trade of the district took a boost and the trade expanded thus adding to the revenue and development of the district.

It was only in May 1960 that the Thane district formed a part of the Maharshtra state.