Changing lifestyles, work and migration patterns are common these days as a reason to balance with the fast moving culture of Maharashtra, specially for places like Mumbai and Thane which lies within its close proximity. Mumbai's affluent nature has resulted in Thane being looked up to as an affordable alternative. The city is dotted with excellent schools, luxurious end parlors and salons and international standardized gyms and spas. One can also find homes at affordable costs lined with trees and along the Yeoor hillside. 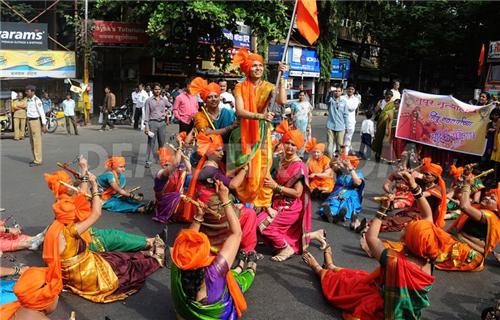 Mumbai's suburbia, Thane is flocking with people from Mumbai and migrants who have come to explore through career or change in lifestyle. The metro lifestyle has resulted in people from North India and Punjabis to an extent. Though Thane has a majority of Marathis, Jains are also pretty popular here. Apart from that the city also has a small ratio of foreign migrants who are either working in a NGO or MNC. Treating Thane as a second home by Mumbai-ites indeed portrays thane as a slice of Mumbai with almost every thing at their disposal.

A hub to the economy class wherein riches are at their disposal, Thane is home to various shopping malls, theaters and also fancy stores (international too!). The close proximity to Mumbai has resulted in a adapted lifestyle with fast growing food chains, restaurants, fancy cafe's and shopping destinations. But the local markets in thane does not have a decline in its clientele. Also the street side and roadside food stalls have equal visitors as the high end ones.

Indulgence once a month to a spa or a high end luxurious salon is what everyone considers the best gift. And now in this era when men have equal inclination towards their grooming has resulted in the opening of many salons, spas, gyms which are unisex or specially for both the genders respectively. Apart from the basic services, many expensive treatments like hair removal treatment, hair fall treatment, health spa, stress relief treatment have become increasingly popular.