Thane has predominantly Maharshtrian culture and festivals like Ganesh Chaturthi, Gudhi Padwa and Durga Puja are celebrated with much more enthusiasm. Thane is lined up with religious spots and temples here are of great attraction. Below are summarized certain temples that are visited by millions of tourists and localites every year. 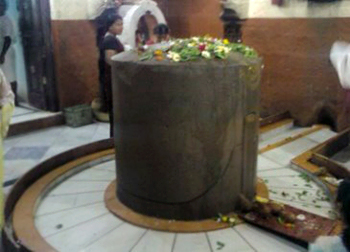 The Kopineshwar temple was built between 810 and 1240 AD by the devotees of  Lord Shiva which were the Silhaara dynasty kings. This temple is believed to be built in honor of Kopineshwar that was found underwater. The temple has undergone renovation and reconstruction in 1760 and 1879 respectively.
The entrance to Kopineshwar Mandir is marked by a huge sized Nandi. The principal deity i.e. Lord Shiva's statue of 5 feet Shivalinga with an approximate diameter of 5 feet. Also within the temple premises are 6 small temples.These temple dedicated to Brahma Dev, Rama, Maruti, Shitala Devi, Uttareshwar and Kalika Devi. The basic feature of the old roof tile and wooden structure can be still observed. Another shrine dedicated to Gayatri devi is placed opposite to the shrine of Kalika devi.

Location- Jambhali Naka, Thane (W)
Distance- 1 km from Thane Railway Station and 9 km from Siddhi Vinayak temple.
This temple is dedicated to 'Thakurdwar' and is also known as Siddhi Vinayak because of the presence of shrine of Lord Ganpati and is visited by a huge number of devotees every year.

Location- Vajreshwari temple is situated on the banks of river Tansa which lies in Bhiwandi city in Thane District of Maharashtra.
Distance- It is a 1 hr journey from Thane.The nearest rail station for Vajreshwari  from the eastern suburbs of Mumbai is Thane Station.Thane is around 34 km from Vajreshwari. 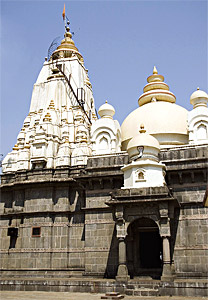 Vajreshwari Temple is named after its primary residing deity 'Vajreshwari' who is considered an incarnation of goddess Parvati or Aadi-Maya on earth. The legend behind the establishment of this temple says that a demon named Kalikut troubled the rishis in the region of Vadvali. So the priests raged a fire offering to the goddess in eturn to the war raised by the demons. In the procession , an offering was not made to Lord Indra due to which he was furious and threw his Vraja (powerful weapon) at the yajna. The priests prayed to goddess to calm down the terror. This made goddess appear and she swallowed the vraja and also killed the demons. Rama requested and thanked the goddess and asked her to stay at Vadavali and be known as Vrajeshwari.

The entrance of the temple is marked by a drum house and also fortified by a stone wall. There are 52 steps that lead to the shrine and a golden tortoise is carved on one of the steps which is worshiped as Kurma, an incarnation of Lord Vishnu. The temple is divided into 3 sections, inner sanctum which houses 6 idols, another sanctum and Garbha graha which houses the saffron idol of goddess Vrajeshwari with a sword and mace in both her hands and a trishula besides her in the centre.

The temple organizes Navratri festivals and fairs. The Shivratri festival and Godhadebuwa Jayanti are also celebrated along with other Hindu Festivals.

Location- Naupada Road
Distance- Distance between Thane to the temple is 42km. From the airport it is 27 km to the temple.

Laxmi Narayan temple is a private temple built in the early 1905 and it houses the idol of Lord Lakshmi Narayan which is 3 feet in height and made of marble. The entire premises is built in an area of 500 sqft approximately. Festivals like Champa Shasthi and Gokula Astami are celebrated with great enthusiasm and attract a lot of devotees.

Lord Dattaraya is the residing deity in this temple and has a large assembly hall supported by 26 beautiful pillars. Datta jayanti, a famous festival is organized here which continues for eight days and has a crowd of lakhs during this festival.

Location- Kailash Colony, Ambarnath, Thane District.
Distance- The temple is located at a distance of 33 km from Thane. 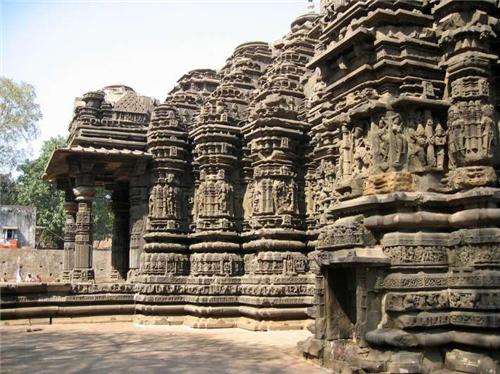 Built in Hemandampanti style of architecture , this temple as the name says Ambarnath, is dedicated to Lord Shiva. The temple is the oldest shrine built in the 11th century as is inscribed on the north facing doors. The temple is designed with the huge carved stone blocks and has a bell roof and a shikhara and the roof is concave with ornate pattern carved into it. There are 3 doors in the north, west and south of which the north and south fall in line. The main door i.e. the west gate has the statuette of Nandi at the porch entrance.The temple has irregular sides and the external walls have carvings of Lord Shiva, Nandi and Ganesha. One side also represents the temple on the base of a tiger's skin, which is a representation of Lord Shiva seated on his mat.

Location- Jain Mandir Road, Tembhi Naka, Thane
Distance- The nearest Railway Station to this temple is in Thane which is 2km away.
Shri Nath Temple is also known as Konkan Teerth Temple. It is a famous Jain temple and is renowned for its black- colored idol of Bhagwan Munisurvat Swami in the Padmasana posture. The entrance of the temple has carvings of elephants standing in a two- legged posture. Also there is a wooden storyboard inside on the temple on the walls.

The best time to visit Thane in particular is from September to March. The closest airport terminal is the Chhatrapati Shivaji International terminal in Mumbai and from there, trains, buses and cars are always available.